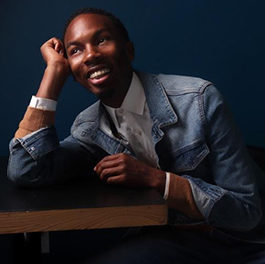 Born May 29, 1992, Dr. Michael J. Seaberry is a native of Lake Charles, Louisiana, currently residing in the Metro Atlanta, Georgia area. Earning a PhD in Curriculum and Instruction at Louisiana State University in Baton Rouge, Louisiana, Dr. Seaberry currently serves as a High School Science teacher and the Advisor for the Distinguished Young Men of Lovejoy High School. Dr. Seaberry is a 2014 graduate of an HBCU, Xavier University of Louisiana, where he received a BS in Biology, Pre-Medicine.
Because of his scholarly success, Dr. Seaberry was awarded the Charles Harrington Graduate Student Award, the Kenneth and Susan Garrett Endowed Scholarship, and the Doctor William Rodney Cline Philosophy of Education Scholarship, as well as being nominated for Xavier University of Louisiana’s 40 Under 40 Award.
Social justice oriented, Dr. Seaberry focuses on researching race and gender issues in educational contexts, specifically using Critical Race Theory to examine Black masculinity in educational spaces. His dissertation, titled “The Sons of Emmett Till: Addressing Black Male Masculinity in Urban High Schools in New Orleans” has garnered him attention amongst many scholars. He has published works in several peer-reviewed journals and higher education magazines such as the Journal for Critical Studies in Higher Education and Student Affairsand Diversity: Issues in Higher Education. Finally, he has published book chapters with Lexington Press and two self-published poetry books titled, …The Mississippi Crying: A Collection of Poems and Stories of Healing and naked bird, don’t feel no cold.
In his personal life, Dr. Seaberry is a slam poet and a member of Team Slam New Orleans (#TeamSNO). His stage name, Exodus The Poet, is a tribute to the exodus of the Israelites out of Egypt as he believes that his work frees people from bondage.
Email: michaeljseaberry@gmail.com